Step 2Select the Give a Hi5 option and type your Hi5 message. Choose the co-worker/s that you'd like to give the Hi5 to. 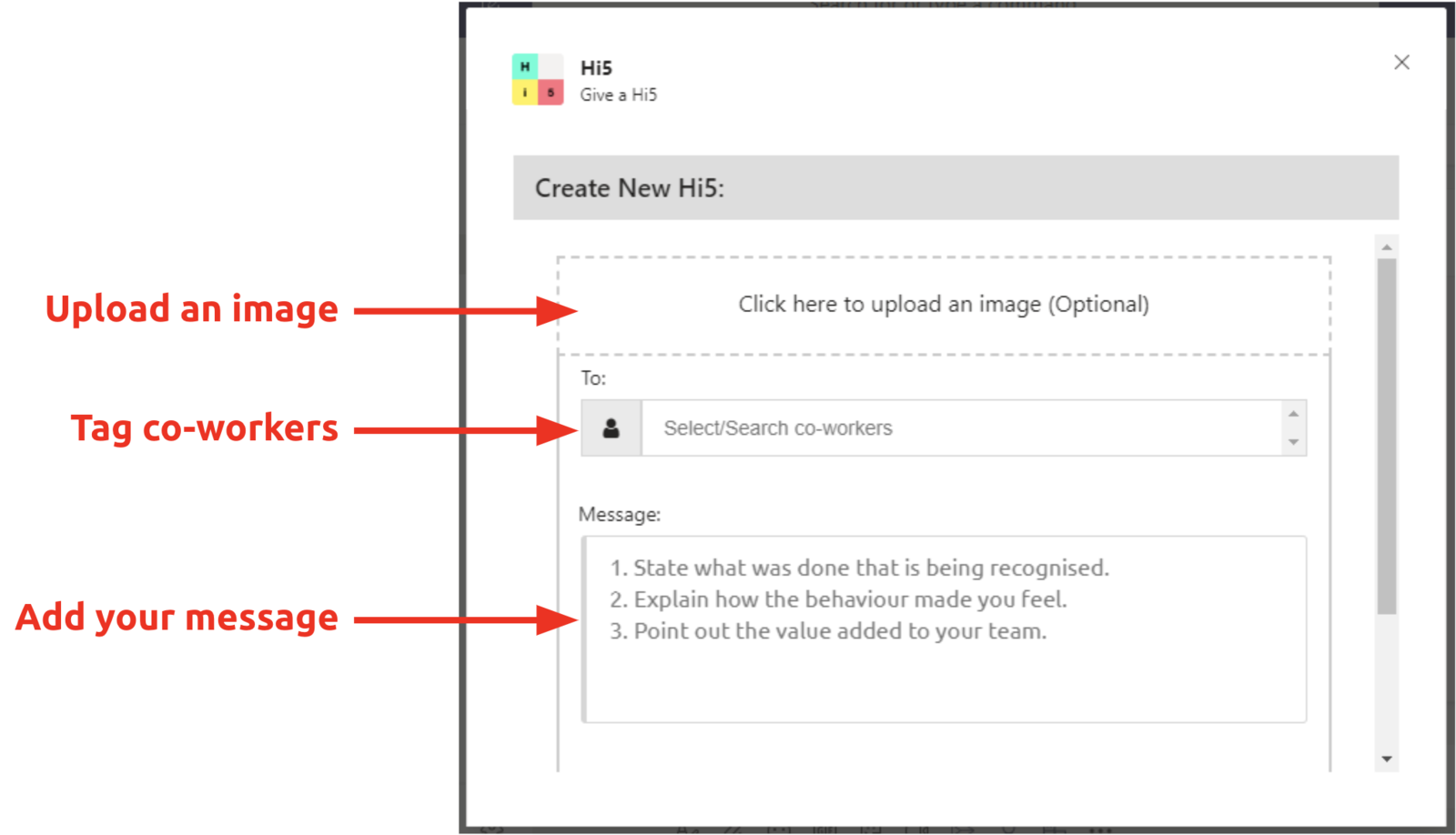 You can also add an image and tag company values in your Hi5. 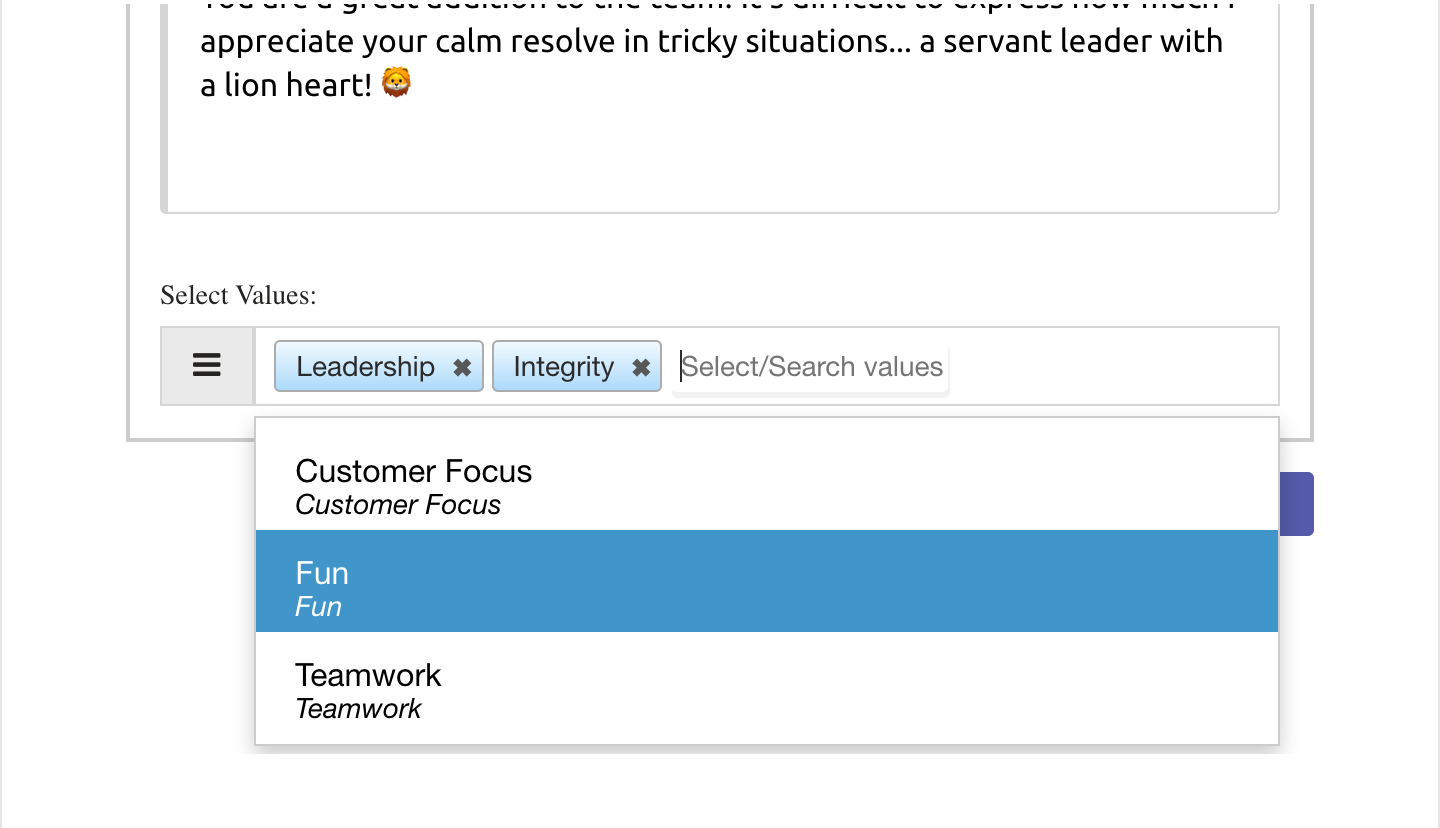 Step 3Click Send Hi5 and you're done! You should see your Hi5 appear in the chat, and everyone in your team will also be notified that a Hi5 has been given.Option 2: Via the Task BarTo send a Hi5 directly from your taskbar, simply click on the Hi5 icon.

Follow Step 2 & 3 above to create and send your awesome recognition message! Option 3: Sending Hi5's via Message OptionsStep 1Hover over any message to display the options and click on the 3-dot icon on the right-hand side of the message for more options. Now select More Actions > Give a Hi5. 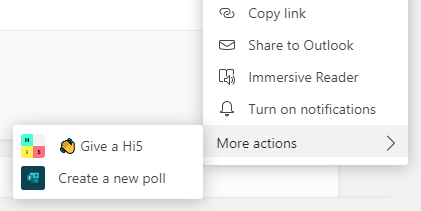 The message sender will automatically be selected as the recipient of your Hi5. Follow Step 2 & 3 above to create and send your awesome recognition message! Backing a Hi5Like what you read? You can endorse Hi5's by backing them. Simply click on the 'Back Hi5' button on any Hi5 to show that you agree.

Step 2Click Save and the tab will automatically be added to the channel. 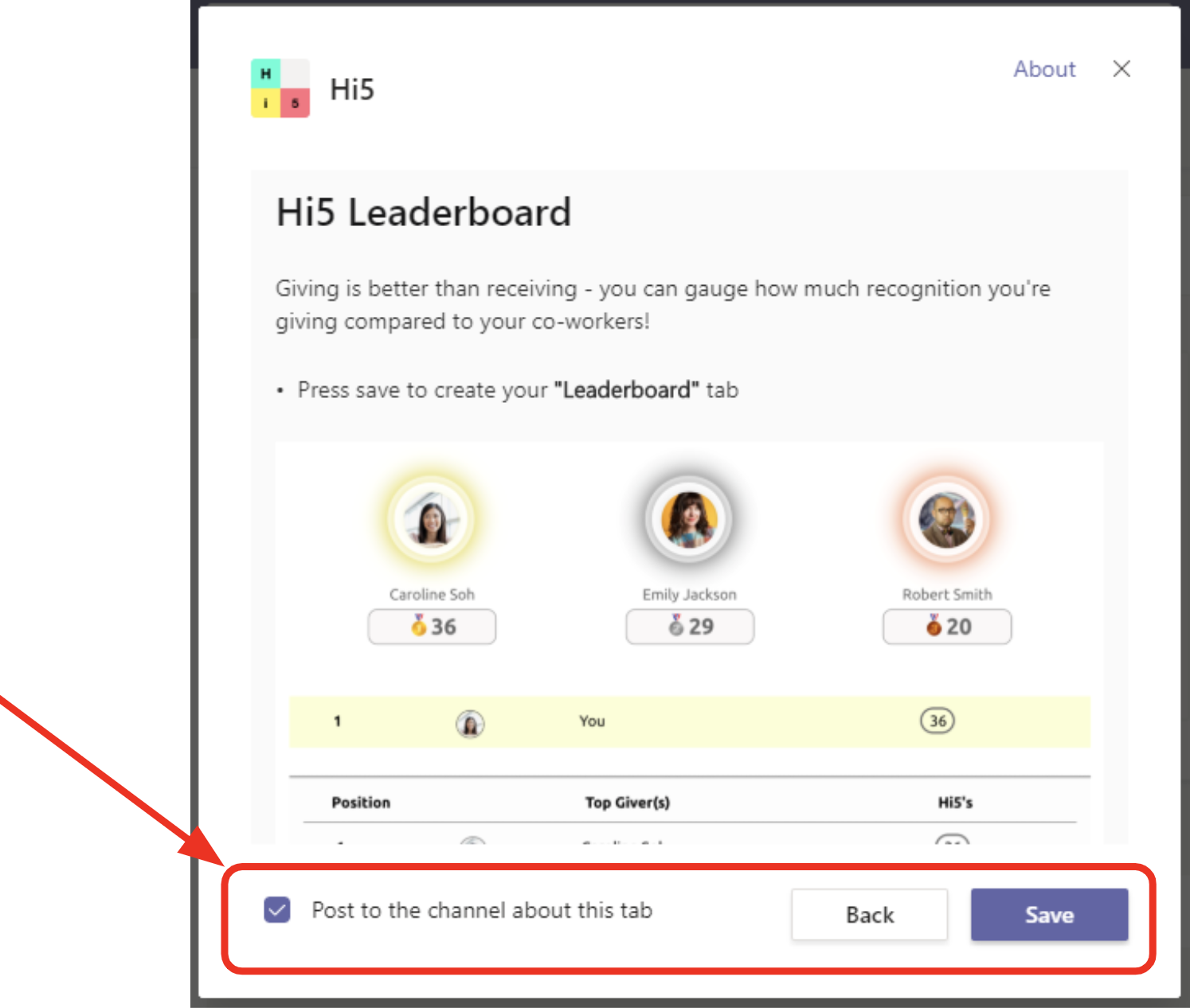 Now you can check your Hi5 Giver Leaderboard right here in Microsoft Teams! 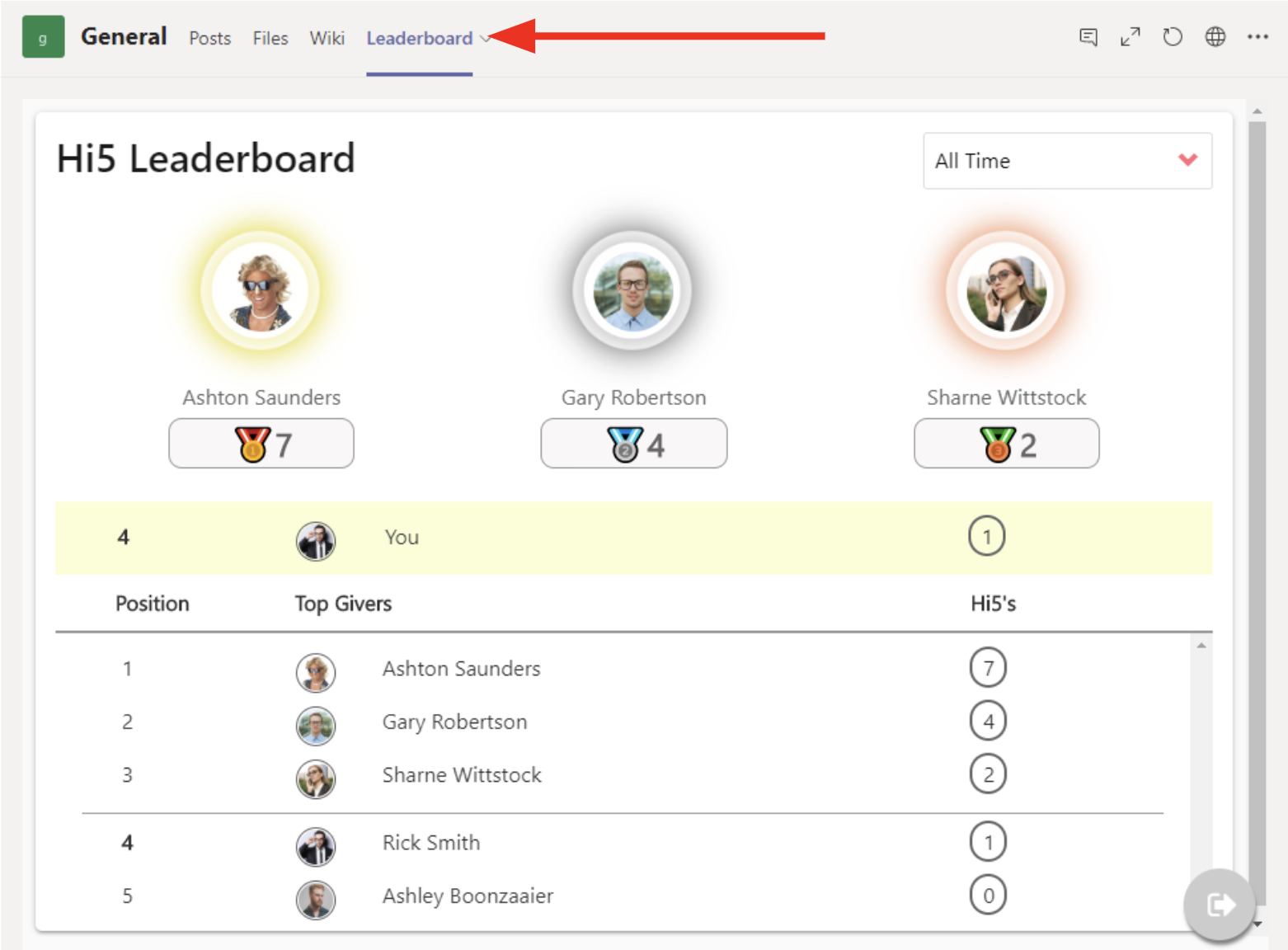 Viewing your ProfileSelect the Hi5 app from the side menu.

It will open on your profile tab, where you can see your profile pic, name and all your Hi5's given and received.

Need some help? Chat to us by clicking on the friendly Support bot icon in the bottom right-hand corner of this screen 👇