Removing Hi5's you've givenOops. You gave a Hi5 to the wrong person... or worse - it has a misplaced emoji! 🙈 Here's how to remove Hi5's on iOS:Step 1Scroll down to the Hi5 you've given that you'd like to remove. Tap the trashcan icon on the Hi5 to delete. 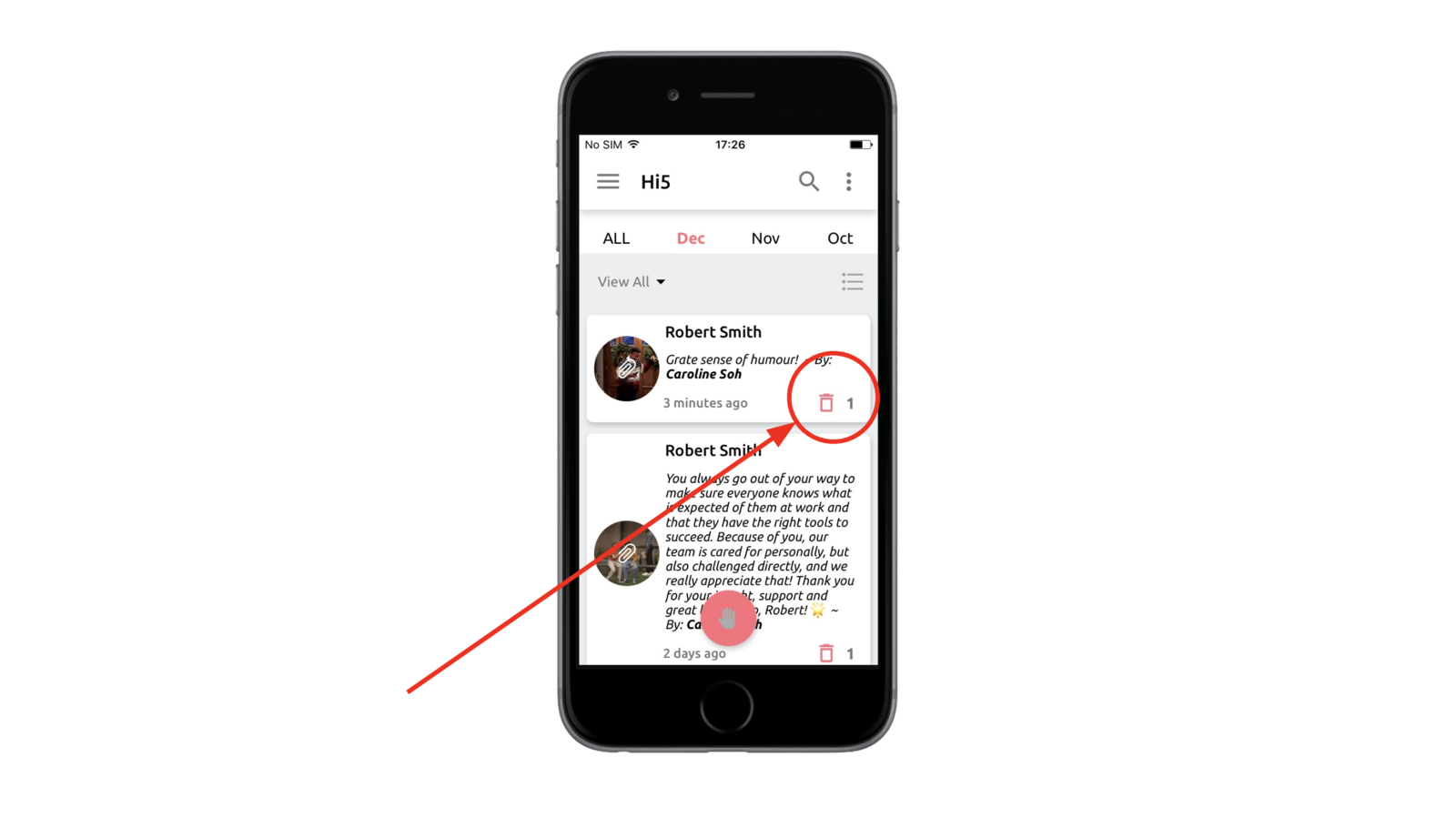 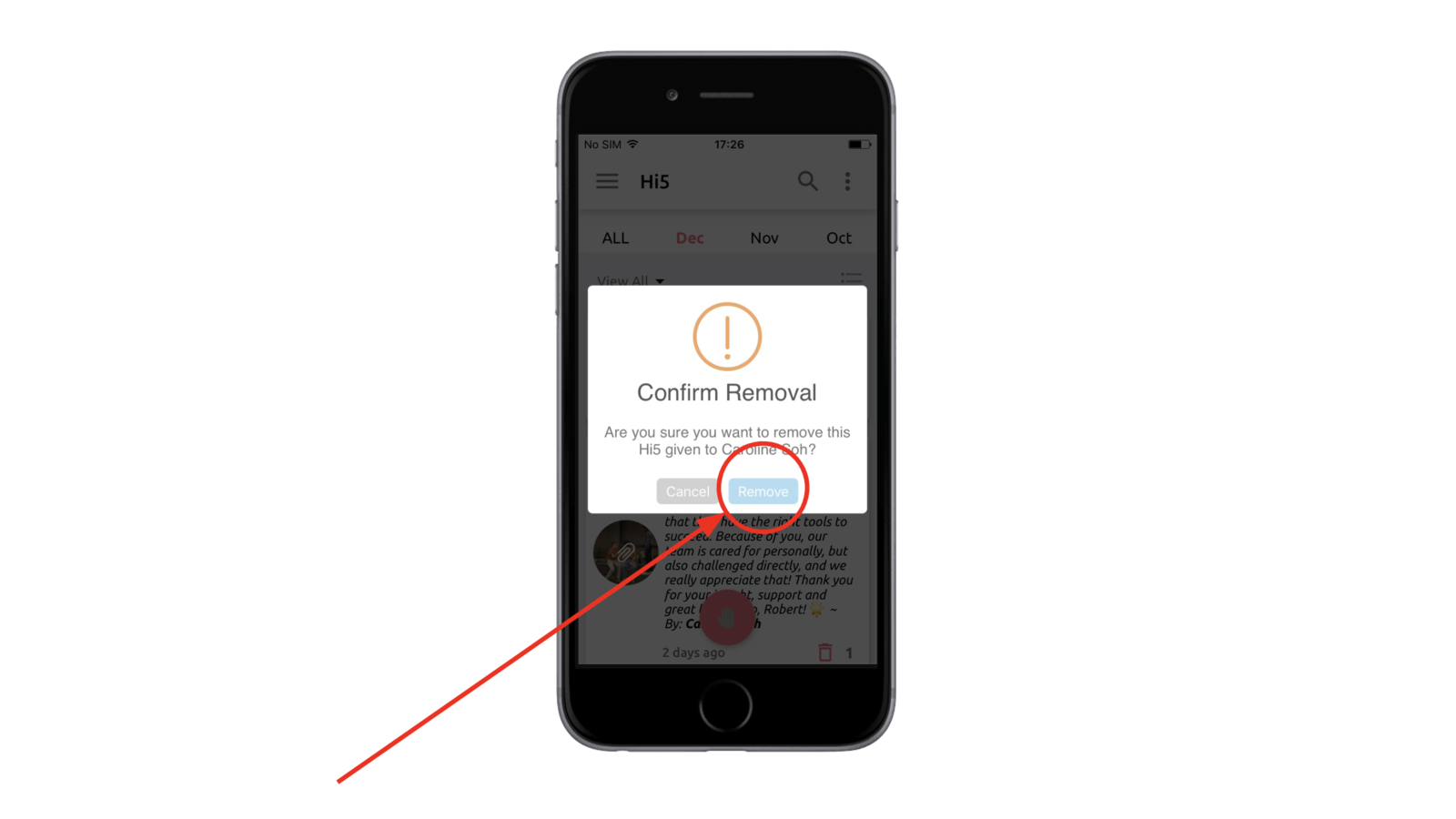 You're all done. Situation saved!To Note: Once you have deleted the Hi5, you'll be credited with a Hi5 for that week again.You can only delete the Hi5’s that you have given.Only admins can delete anyone’s Hi5, given at any time on Desktop.